One small step for man, one giant leap for children everywhere!

I remember having a Swing Set at my house when I was younger. I also remember nearly giving my parents a heart attack because I jumped off the Swing Set with a trash bag held over my head, trusting I would gracefully glide back to earth! My faith in Looney Toons was immediately broken as I met the Earth’s surface with severe force. All I wanted to do was “catch some air”. There is something about that weightless feeling being off the ground that is liberating. We are freed from the rules and restraints of gravity. Giant Inflatables and Moon Bounces provide this feeling in a secure and supervised environment.

How did it all start?

Giant Inflatables are known and recognized by a few different names. Bounce houses and moon bounces are a couple of the most common terms for them. The term “moon bounce” however may be the most fitting. The very first prototype was created by a man named John Scurlock. He finished school with a Masters of Science in Electrical Engineering, was recalled to the Army, then became the Director of the Physics Department at a small college in Texas. John was a dreamer and an inventor. He must have maintained that child-like wonder into adulthood about flying and space because he applied mathematics to plastic material and contributed many prototype inventions to NASA. It was out of these inventions that emerged the “Space Walk” amusement attraction. The original concept was to have it cover clay tennis courts to protect them from rain. His fun-loving employees couldn’t help but jump on it, sparking his revolutionary idea. The original models were no taller than a blow up air mattress. They did not have enclosed walls until the 1960’s and were used for many purposes. They were used at company picnics, school fairs, and birthday parties! Some things never change.

Bounce houses are still a major attraction for birthday parties today. The product has evolved over time into many different models and styles. The original Moon Walk is still a hit and has been adapted with many different themes such as Dora the Explorer, Tropical Island, Justice League, Princess, and many more. The concept is still the same: jump and bounce around. Yet themed inflatables seem to create a whole new adventure for everyone! Another innovation is the inflatable obstacle course with challenging obstructions to climb, crawl, and jump through. Now, a wide variety of possibilities exist in the inflatables world such as water slides, mazes, and slides. Our Giant Shark Slide is one such example, a popular icon here in Cincinnati for kids to conquer! Defeat one of the ocean's fiercest predators and slide through the belly of the beast.

Growth in the Future

The inflatable industry has been around for decades and is here to stay. A recent study from shows a growth in the market of inflatable accessories. We can only imagine with fascination what the new age of technology will bring combined with thrill seeking, fun loving children and adults. The grind of our daily lives can be strenuous at times but we stay motivated pushing towards our goals and accomplishments. It's what follows that dedication to hard work we strive for. Everyone deserves a celebration! Inflatables have been adding excitement to celebration events for almost 60 years now. Who could have foreseen that the first "Moon Bounce" would be one small step for man, and one giant leap for children everywhere. 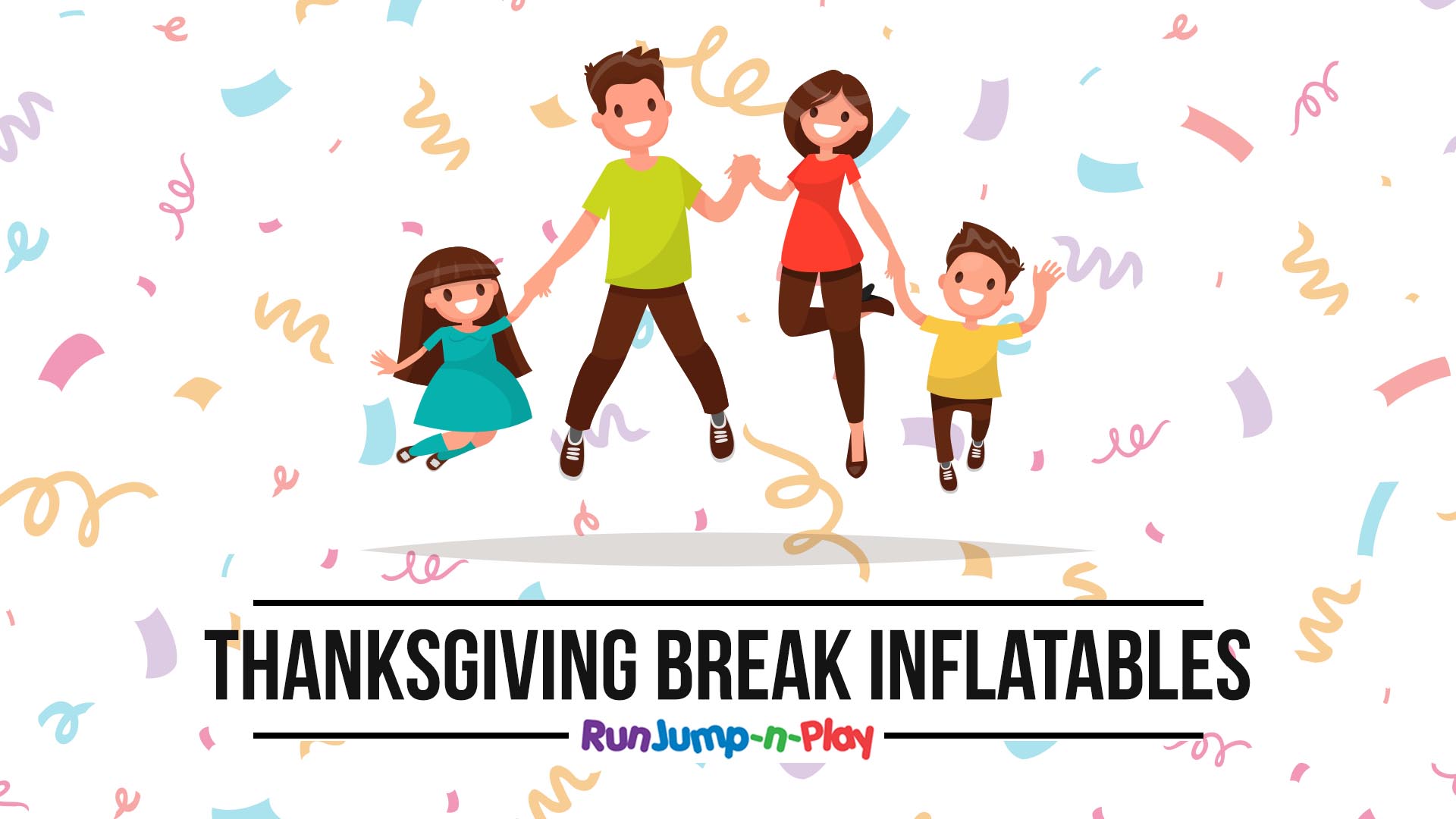 Join us for a fun-filled Thanksgiving Break at Run Jump-N-Play with our coveted inflatable open-play sessions! Burn off all the candy & treats while giving the kids a blast!

Party time is divided between the indoor playground and private party room: